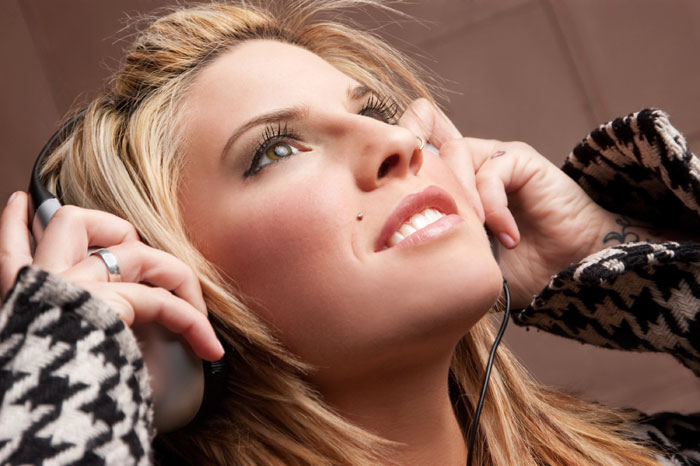 During the years I have come across many people that can only work listening to music. I have seen people working with any kind of music and I have to say it works well for the ones that chose to do so.

I like to work with certain music when I do certain tasks. I can’t deal with very loud or strong music while working (I know someone that likes to work listening to Swedish death metal). For me listening to music while working helps me to isolate from the surroundings. When working on an office is a good way to keep you focused on your work, sometimes I even put a headset on without music to send the message “hey, I am not listening to you right now”, this saves some distractions (but wont intimidate everyone, though).

So the point of this post is that I have been following up on two music services Spotify and Rdio and toying with the idea of joining one of them. When I lived in Samoa, it was not a choice because of bandwidth prices. Now, back to the US it looks like I would take advantage of one of these services.

I have taken the trial of both services (seven days) and started to test the Mac clients. I have used Spotify when it first came out in Europe and it hasn’t change much. When compared next to each other, there are some similarities, like suggestions or new additions to the collection. One thing that changes quite a lot is the navigation, in Rdio, you can find the play, stop, fast forward, etc. on the top of the app (it actually looks a lot like iTunes). On Spotify you find it on the down part, not sure if is because of being used to the iTunes system or mere usability, but it seems more natural to me to have the navigation on the top, also on Rdio you get on the top feedback on the song that is playing.

First thing I realized about the music collection (I have no idea which one has more tracks) is that there were more artists on Spotify that I like than on Rdio, better put. Some of the european artists that I like to listen to where not available yet on Rdio, mostly their latest albums. This is a bit of a bummer because one of the reasons to use the service is to listen to the latests additions of the groups you like. I have to say that after a few days looking for music, I have compensate a bit my first impressions and I am sort of ok now with what I get on Rdio even though I have to say that for me the selection on Spotify is still best.

Other point for me was that most of the people I know use Spotify and share Spotify links with playlists not Rdio, this is also an important point, not that I would care to share the music I listen to (I am not much of a 2.0 person on this sense) but I really like to tell friends to listen to some album or some artist as well as receiving advice from friends. Using the same service makes it obviously easier.

Audio quality is great, I have not been able to find a difference between the two of them.

Another important thing is the way you make lists on both applications. I have to say that the Rdio systems is cleaner for the way I use it. I like the idea of adding full albums or specific songs, and add the albums to my collection and songs to my lists. Also the way of creating and sharing lists is very easy. The system on Spotify works fine but it is not so user friendly.

The iPhone application. Here I hit a wall with Spotify, not their fault but mine… Problem is that I have an Spanish Spotify account and what is my surprise when I realize that since I own a US Apple Store account, I can download the client for my iPhone. Rdio application works all right, it crashes on me every once in a while (I assume is my iPhone since I have an old, rusty 3G), but still, quite some field of improvement there.

As you can assume, at this point in time my decision was made, I will stay with Rdio for the time being, wait for Spotify to launch in the US and see how it works over here. The issue is that with Spotify you need to pay for the premium service to use it outside of the country where you registered, and then I can’t use the service on the iPhone (which is half of the service already).

Well I will keep everyone updated on my experiences with Rdio, but I am loving it so far I hope the music industry don’t kill services like Spotify and Rdio. Music helps me focus, it inspires me, helps me work, relax, and laugh. For me, music are memories, I remember people, situations when I listen to music, for me it is a key way of collecting memories.

We use cookies on our website to give you the most relevant experience by remembering your preferences and repeat visits. By clicking “Accept”, you consent to the use of ALL the cookies.
Cookie settingsACCEPT
Manage consent

This website uses cookies to improve your experience while you navigate through the website. Out of these, the cookies that are categorized as necessary are stored on your browser as they are essential for the working of basic functionalities of the website. We also use third-party cookies that help us analyze and understand how you use this website. These cookies will be stored in your browser only with your consent. You also have the option to opt-out of these cookies. But opting out of some of these cookies may affect your browsing experience.
Necessary Always Enabled

Any cookies that may not be particularly necessary for the website to function and is used specifically to collect user personal data via analytics, ads, other embedded contents are termed as non-necessary cookies. It is mandatory to procure user consent prior to running these cookies on your website.